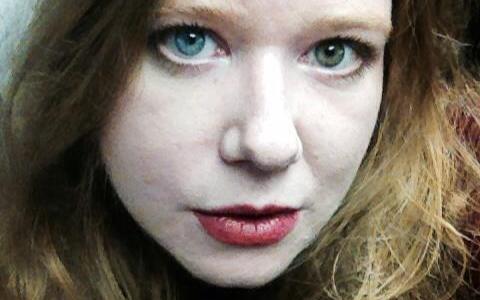 I’ve meant to do this for a while.

Originally, I was going to make something of a Toronto After Dark retrospective: specifically an account on how I was introduced to the Film Festival, and how it made me deal with the horror genre in a different way. And the person who brought me to this Festival in 2010 was Kaarina Wilson.

It always comes back to her.

I’ve talked about Kaarina before, and not just on this medium. I feel like sometimes that is all I ever do: talk, and write about her. Autumn, or Fall, is a time of year in many cultures where the veil between the material and the spiritual worlds, the living and the dead is supposed to be at its thinnest. The Harvest is often reaped in Fall, before Winter. And people go around wearing the likenesses of their favourite fictional characters, their celebrities, or their personal demons and their nightmares.

This was Kaarina’s favourite time of year. She got to dress up and be as unapologetically camp as she wanted. And she also got to wear her fears and terrors on the outside for a change, of the creeping, inexorable march of the body’s hunger and decay overtaking the rational and feeling human mind.

She was so much more into the horror genre than I was. Before her, I had read the Classics like Frankenstein, Dracula and H.P. Lovecraft’s main Cthulhu Mythos stories. I’d watched some camp and horror movies with my friends before they moved from their apartment to Barrie so many years ago. I learned, there, that horror is something that should be experienced in a group setting. I can’t even begin to tell you the difference between watching something terrible happen to someone, or an utter bastard of a character getting their comeuppance alone, and then hearing other people gasp, or applaud, or cackle beside you as it all happens on the big screen.

Kaarina cackled. That was how she laughed. It was this wicked, pleased with herself reaction of dark joy, and it was one of the reasons I so insanely in love with her. It was her that had me read Clive Barker and made me realize that horror isn’t just a fear of the unknown, but also the realization that you often what scares you is — deep down — what you ultimately desire when you strip away human niceties, conventional morality, and common sense. It also set the stage for the fact that, aside for the potential of public catharsis — the purging of emotions caused by pity and fear often attributed to ancient tragic plays — horror can have its own twisted logic, an orange and blue morality that even in its own alien mindset still has a human component that makes sense.

I think about the fact that Kaarina was the one that made me read “Dread” and “The Midnight Meat Train” and then had me see the film adaptations, but not before we watched May together in the basement apartment she called her Wonderland — after Alice’s — or what I thought of at times was her Underground. Quaid just wanted to overcome his fear and help others do so. Leon Kaufman had a terrible need to fit into something bigger than him, to find an assured and foundational place in New York: to belong somewhere. And May, in the midst of humiliation and confusing and deceptive human actions she just wanted to make a friend.

I learned a lot, then, even as I related to it. I’d even read “The Forbidden” and got to see how that short story changed in the better known Candyman adaptation. It also helped that Kaarina had been taking a Ryerson course on Gothic Literature that gave me the excuse to read her online copy of H.P. Lovecraft’s “Supernatural Horror in Literature.” It wouldn’t be an exaggeration to say that a lot of what I learned about horror, which had been scattered between University courses, bored movie channel watching at my parents’ place, and the times with my zombie-fanatic friends, started from Kaarina. And she was definitely the one that encouraged me to write something about horror in film: to the point of her arguing with me when I didn’t believe I could focus enough to do so.

It was actually okay for me to have fun.

This was important, especially given that when we met I was still struggling to finish off my Graduate Program. I didn’t think I could do it, get through my Program, write again for myself, or even engage with these weird independent movies, and have something to say. I know for a fact I used to drive her utterly crazy with my doubts, and my stubbornness.

Perhaps it hit a little too close to home, even as I encouraged her to write more reviews and stories herself. Like the seasons, like birth, death and rebirth, or life, death, and reanimation everything was a cycle. It still is.

For example, if not for the Pandemic this year would have been the first After Dark without her. And there is something almost fitting about the fact that on the year of her death, the Toronto After Dark Film Festival — her favourite event — didn’t happen. But either way, this is the first Halloween without her in it.

And grief is a cycle as well.

So I find myself, in the midst of 2020’s utter misery trying to compensate, to live twice as much as I can in these limited circumstances, to feel that abundant life force and need to live in the middle of so much death and stasis, and to enjoy horror for the two of us. I bought her a subscription to Fangoria while she was in the hospital which I had to cancel after she was gone, and I have to read that for her: to succeed this time, one day, in actually being able to submit something into its pages. I got her a Shudder account while she was in a medically induced coma to shave the damaged parts of her lungs away — and I curated the films in there to match the ones we’d seen together, or that were at the After Dark Festival, or anything I found interesting, but now that she’s gone it still exists there, having never had the heart to close it. Some part of me imagines, in some liminal space between sleep and the Internet, that a part of her watches those films to this very day.

I know there are some things, like this Blog, which she would be proud of me creating, but it’s hard to think about how she will never be able to tell me that herself again. So that is why I watch all these horror films, so many more than I used to. That’s why I want to celebrate Halloween with friends, to enjoy the movies with others and not be alone. That’s why I look forward to the Hallow’s Harvest table-top roleplaying game I’m playing with my friends before I have to return to this reality.

In the early summer, still reeling from Kaarina’s loss, I finally decided to sit in on a live watching of Joe Bob Briggs’ The Last Drive-In on Shudder. I’d only been there in passing when they were watching some of the Halloween series having found out about it through Diana Prince: or Darcy the Mailgirl on the show. When I watch the show on Shudder TV, and live-tweet with Diana, and the rest of the MutantFam it reminds me of all the times I watched horror films with my friends, all the moments I wished I had someone to watch them with in my house, every occasion I watched them at the Toronto After Dark Film Festival in the Bloor, and Underground Cinemas, and ScotiaBank Theatre.

Watching strange and weird films with “blood, breasts, and beasts” with the MutantFam of The Last Drive-In reminds me of all every night I watched movies with Kaarina, and it takes a little bit of that edge of the jagged Jack-o-Lantern hole in my heart off.

I had a lot of plans for this Blog. I was going to write alternate endings to films and stories. I was going to reconstruct one movie in particular. And I was going to write about weird things, unique perspectives and experiences and experiments. Most of this has been reviews, like the ones I would write for GeekPron or Sequart. But sometimes I can still get personal. Perhaps next time, I will tell you all about the writings that actually led to the making of this Blog: my proto-articles that tried to link themes and ideas together in a series I was watching which would provide the basis of what I do — or try to do — on this Blog. I wrote them when Kaarina was still alive, but she never saw them. But I think she would have approved.

So let me just say to you all, before adopting my Horror Doctor half-mask persona again, have a safe and happy Halloween. I will do the same. It is the least I can do now.